​Take a trip Down Under with us!

Lady Elliot is an island 100-acres in size located at the southern end of the Great Barrier Reef and within the highest protection zone of the Marine National Park. Lady Elliot is known as “Home of the Manta Ray” and characterized as a coral cay, meaning the island is made up of crushed coral. The island is also known for its abundance of sea turtles, which is a huge attraction for visitors. The small Eco-Resort on the island is a travel destination for those interested in immersing in the natural environment and marine life through direct experiences.

These students had the opportunity to physically engage with the coral reef system through activities such as snorkeling, reef walking, lectures, group discussions, eco-tours, and walks around the island. The activities were led by Tyrone Ridgway, an environmental educator on the Great Barrier Reef. Tyrone has a background in resource and management and was previously affiliated with the Great Barrier Reef Marine Park Authority. Over a series of lectures, snorkels, discussions, and interviews, he explained the major threats to the coral reef system caused by climate change such as coral bleaching and ocean acidification. 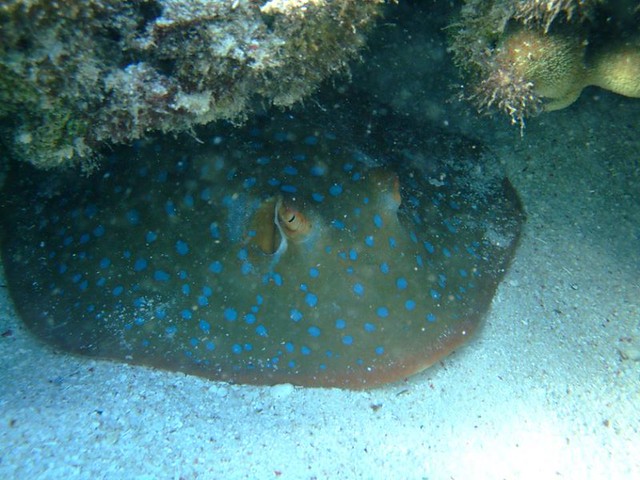 ​Check out some of the things we saw at LEI!

"You've probably heard people talk about conservation. Well, conservation isn't just the business of a few people. It's a matter that concerns all of us. It's a science whose principles are written in the oldest code in the world, the laws of nature. The natural resources of our vast continent are not inexhaustible. But if we will use our riches wisely, if we will protect our wildlife and preserve our lakes and streams, these things wil last us for generations to come."

The Great Barrier Reef - The Center Of Australian Politics

Dr. Tyrone Ridgway, an environmental educator on the Great Barrier Reef with a background in resource and management, was interviewed over the politics surrounding the reef. Tyrone was previously affiliated with the Great Barrier Reef Marine Park Authority and was involved in the project management of the Climate Change Action Plan. Additionally, he was in charge of overseeing the Reef Health Impact Survey and Bleach Watch programs.

What are some of the politics surrounding the GBR right now? What is being done in Australia to help conserve the reef and slow down coral bleaching?

Tyrone mentioned that the Great Barrier Reef Marine Park Authority recognizes that one of the challenges facing the coral reef is climate change. He stated that the Australian Government has regulated fishing, addressed water quality, and limited where people can dive and snorkel.

Additionally, the Australian Government has helped to conserve the reef by making it a World Heritage Area in 1981. The 2050 Long-term Sustainability Plan was also created to address some of the issues affecting the Great Barrier Reef and propose solutions.

“The majority of those issues targeted water quality and this is where the politics comes in because the Great Barrier Reef Marine Park Authority and the scientists come out and say that climate change is the greatest long-term threat to the reef, but in the sustainability plan climate change is only mentioned in the introduction” – Dr. Tyrone Ridgway

When the marine park was established it was 4.5% green zones, what led to the increase of zones throughout the years?

“In the late 1990s scientific data and managing data started to show that there were still declines in the health of corals and we saw that we had lost 50% of corals on the Great Barrier Reef from 1985 to 2012” -Dr. Tyrone Ridgway

Tyrone mentioned that because of that negative trajectory, the Marine Park Authority went through a rezoning process called the Representative Eras Program where they increased the green zones from 4.5% to 33%.

Like in the United States, Australia is currently undergoing elections. Seeing as to how 2015 was the hottest year on record, the reef is constantly experiencing drastic changes therefore action must be taken to help them survive under the harsh conditions of climate change.

Some Australian politicians understand the special place the Great Barrier Reef holds in the hearts of not only its citizens but by people all over the world and are acting to implement laws that would help protect the corals. A recent poll found that stronger environmental laws are a winner for 70% of voters and about 57% believe that the government should do more to cut carbon emissions.

In Australia, citizens are required to vote by law. If they fail to do so they are faced with a fine. Tyrone mentioned changes we as individuals can do to help preserve the reef, actions such as living as sustainably as possible and pushing our governments to take direct action.

Each vote counts, let’s make it our responsibility to elect the candidate that will work to conserve the Great Barrier Reef.

“Once you put your head under the water for the first time it’s an explosion of life, of color, of diversity…It’s a whole underwater world.” -Dr. Tyrone Ridgway

Jillian Malone, a born and raised Austinite, is a third year studying Journalism with a certificate in Global Business.

Eileen Villaseñor is a fourth year studying Environmental Science with a focus on Geographical Sciences from El Paso, Texas.

Coral Bleaching And The Great Barrier Reef: What Is It And Why We Should Care?

Finding Dory: Education And Change For The Great Barrier Reef