The Crisis of the Institutional Press 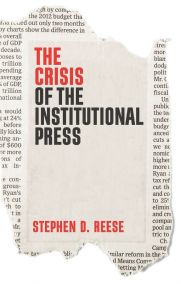 As polarized factions in society pull apart from economic dislocation,  tribalism, and fear, and as strident attacks on the press make its survival more precarious, the need for an institutionally organized forum in civic life has become increasingly important. Populist challenges amplified by a counter-institutional media system have contributed to the long-term decline in journalistic authority, exploiting a post-truth mentality that strikes at its very core. 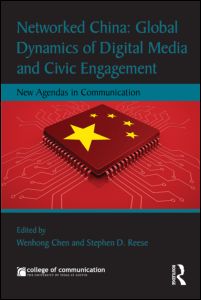 The Internet and digital media have become conduits and locales where millions of Chinese share information and engage in creative expression and social participation. This book takes a cutting-edge look at the impacts and implications of an increasingly networked China. Eleven chapters cover the terrain of a complex social and political environment, revealing how modern China deals with digital media and issues of censorship, online activism, civic life, and global networks. The authors in this collection come from diverse geographical backgrounds and employ methods including ethnography, interview, survey, and digital trace data to reveal the networks that provide the critical components for civic engagement in Chinese society.

Mediating the Message in the 21st Century: A Media Sociology Perspective

Although this new volume addresses the same broad issues and theoretical framework as its predecessors, it carries a different title, which although it connects to the same tradition, indicates a complete revision to account for the radical changes in the media, media professions, institutional boundaries, and globalization.

Mediating the Message: Theories of Influence on Mass Media Content

This book provides a conceptual framework for exploring the shaping of media content.  The model incorporates influences at the individual, routines, organizational, extra-media, and ideological levels of analysis.

Framing Public Life: Perspectives on Media and our Understanding of the Social World

This volume offers a thorough interdisciplinary examination of the ways in which meaning comes to be shaped.  The editors and contributors illustrate how media texts and those who provide them powerfully shape of "frame" our social worlds and thus affect our public life.  It includes a detailed theoretical discussion as well as illustrative empirical case studies.

Stephen Reese, "The News Paradigm and the Ideology of Objectivity: A Socialist at the Wall Street Journal," reprinted in Dan Berkowitz (ed.) Social Context of News: A Text- Reader (Beverly Hills: Sage, 1996).

Lucig Danielian and Stephen Reese, "A Closer Look at Inter-Media Influences on the Agenda-Setting Process: The Cocaine Issue of 1986," in Pamela Shoemaker (ed.) Communication Campaigns About Drugs: Government, Media and the Public (Hillsdale, N.J.: Erlbaum, 1989).