The Directors of Audio 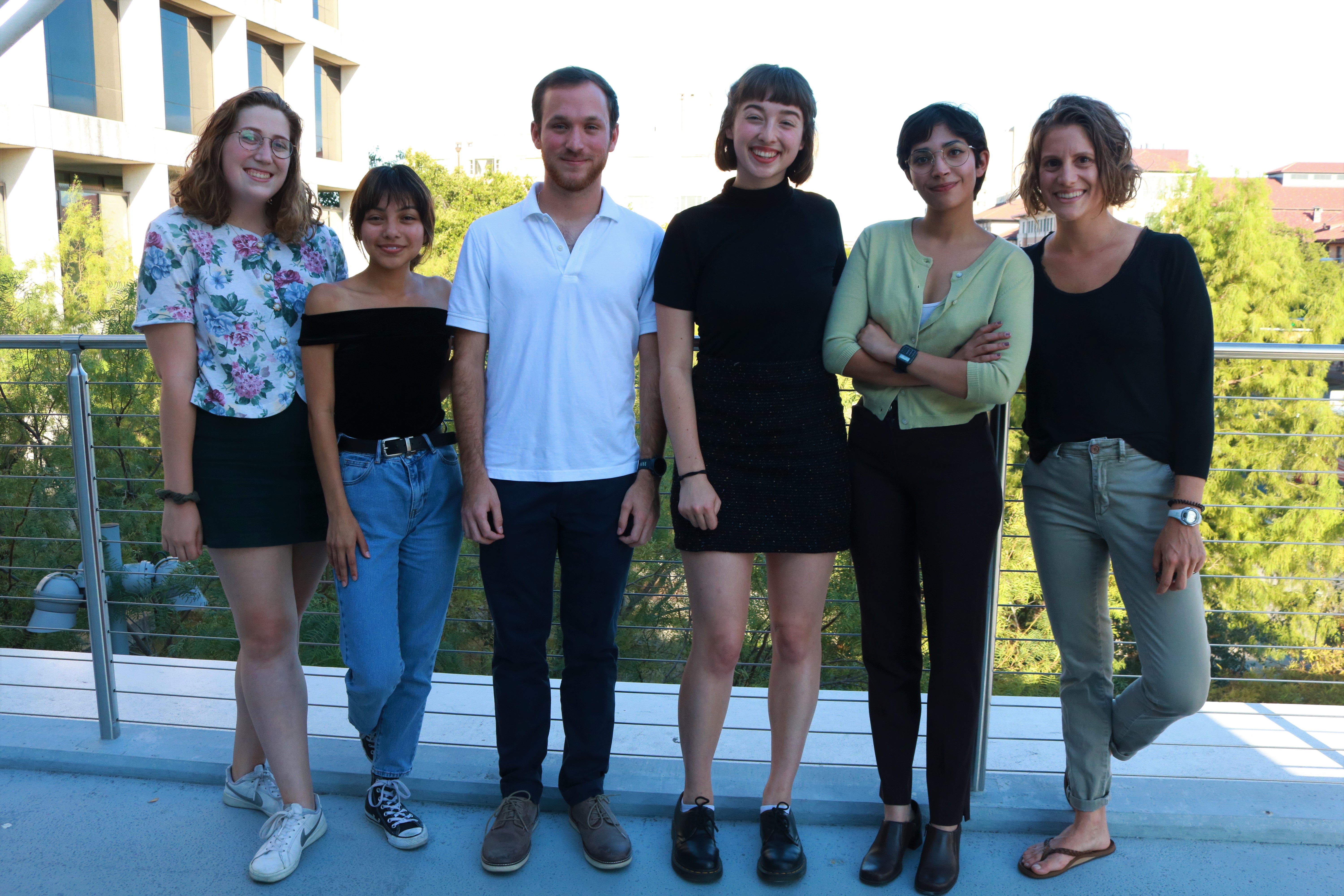 Our audio department for the fall 2019 semester is led by (pictured left to right) Sara Schleede, Anysa Hernandez, Cesar Perez, Haley Butler, Tinu Thomas, and Saba Rahimian. These students and alums are in charge of podcasting operations for The Drag, our audio production house. To learn more about The Drag, follow us @TheDragAudio on Twitter, Instagram and Facebook. Check out our website at thedragaudio.com.

Haley Butler is The Endowment’s first senior producer, managing podcasting operations at The Drag. Additionally, she is in charge of various podcasts, including The Orange Tree and Through Their Texas Eyes. Butler is a graduate of the University of Texas at Austin, and she became involved with radio after becoming a DJ and music writer for RadioUTD during her freshman year of college. Since then, she’s worked with print editorial teams, like the Texas Monthly, as well as radio stations like KUT, Austin’s NPR station.

Director and Host of The Orange Tree

Tinu Thomas is the director of audio for The Orange Tree podcast. Thomas is also the podcast fellow for KUT, Austin’s NPR station, working on developing current and new podcasts for the newsroom. Originally a nursing major, she switched to journalism her junior year because of her interest in film and radio. Soon enough, she acquired internships at news organizations like KUT and graduated from the University of Texas at Austin.

Sara Schleede is a junior journalism student at the University of Texas at Austin and the lead for the podcast American Bloodline. She has dreamt of being a journalist since age 12, and joined The Daily Texan’s news and audio departments as soon as she arrived on campus as a freshman. She has interned with the Texas Standard, NPR’s daily news show for the state of Texas, and is now the audio editor for The Daily Texan. After college, Sara hopes to pioneer more narrative podcasts and tend to a robust backyard garden.

Saba Rahimian is a journalism student at the University of Texas at Austin all the way from California. Both her and Sara are working on a podcast called American Bloodline. She is an editorial intern for UT's Texas Connect magazine. Saba's passions include food and culture writing and paddleboarding.

Cesar Perez, a second-year journalism student at the University of Texas at Austin, is the director of a podcast that will air in the fall of 2021. The podcast will tell — from a unique perspective — a story that impacted his home country back in 2011. Perez is an Ecuadorian, and before coming to UT, he did a summer internship at El Universo, a newspaper from Ecuador. He worked at the metro and sports section of the paper.

Anysa Hernandez, a second-year journalism student at the University of Texas at Austin. She is assisting Cesar with his podcast about an episode in Ecuadorian history. She loves learning about people, movies, and astrology. Her goal is to one day use her communication skills to help others.

Sara Robertson or current resident
bonitasarita
I've been lucky to hear about the @thedragaudio project firsthand from @robquig and meet with some of the staff...t… https://t.co/3LKX59mCPI
2 months ago
retweetUT Media Innovation Retweeted

The Drag
thedragaudio
We need your help! We are fundraising $10,000 to support our student journalists and their projects. Show your supp… https://t.co/LxWnQImiVb
2 months ago
retweetUT Media Innovation Retweeted

UT Media Innovation
innovationUT
No one will ever tell you, “Welcome to Night Vale” unless they’re recommending the podcast — because Night Vale doe… https://t.co/r7UPE8OGZj
4 months ago
Follow us on Twitter
School of Journalism | Moody College