Skip to main content
School of Journalism > News > EVENT: The Time We Have Here November 6, 2 p.m.

The Time We Have Here 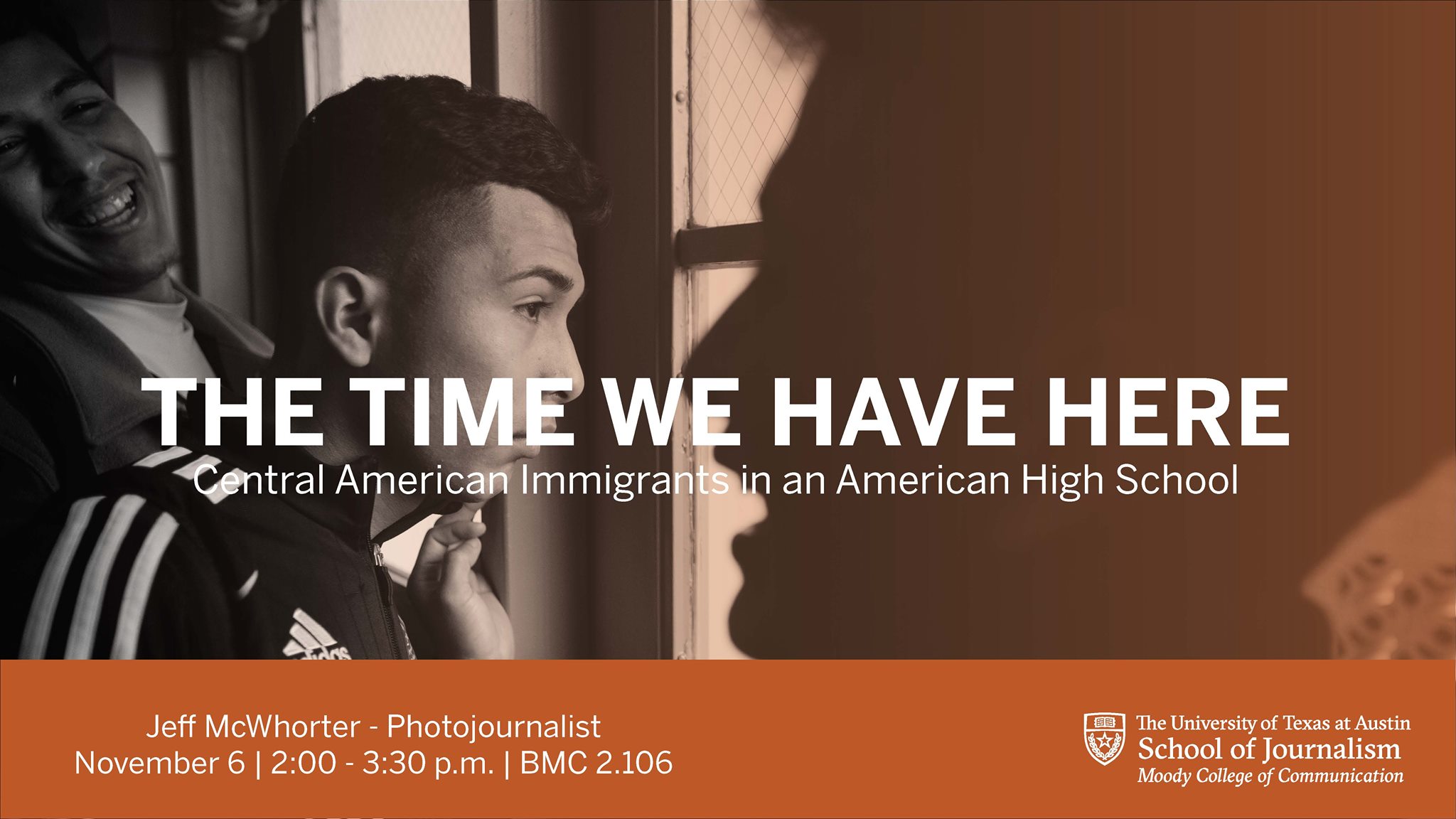 In the fall of 2017, Dallas freelance photojournalist Jeffrey McWhorter (BJ, BA ’09), met a group of Central American immigrant soccer players at his neighborhood high school while doing outreach with his church.  Over the next two years, McWhorter produced a long-term photo essay and multimedia piece called The Time We Have Here which documents these young men’s stories as they balanced their lives as undocumented immigrants with the normality of the American high school experience.  “Every kid depicted in this project lives no more than 3 miles from my house,” McWhorter said, “So from the beginning, it was simply a story about my neighborhood.  My hope is that this work lends a more human face to such a stridently debated issue.”

The project was recognized as one of four finalists for the Community Awareness Award in the University of Missouri’s prestigious Pictures of the Year International competition and was published in July 2019 by the Dallas Morning News as a Sunday front-page story and a bilingual online interactive piece.

Voces, now a center, celebrates 20 years of giving voice to the Latinx experience