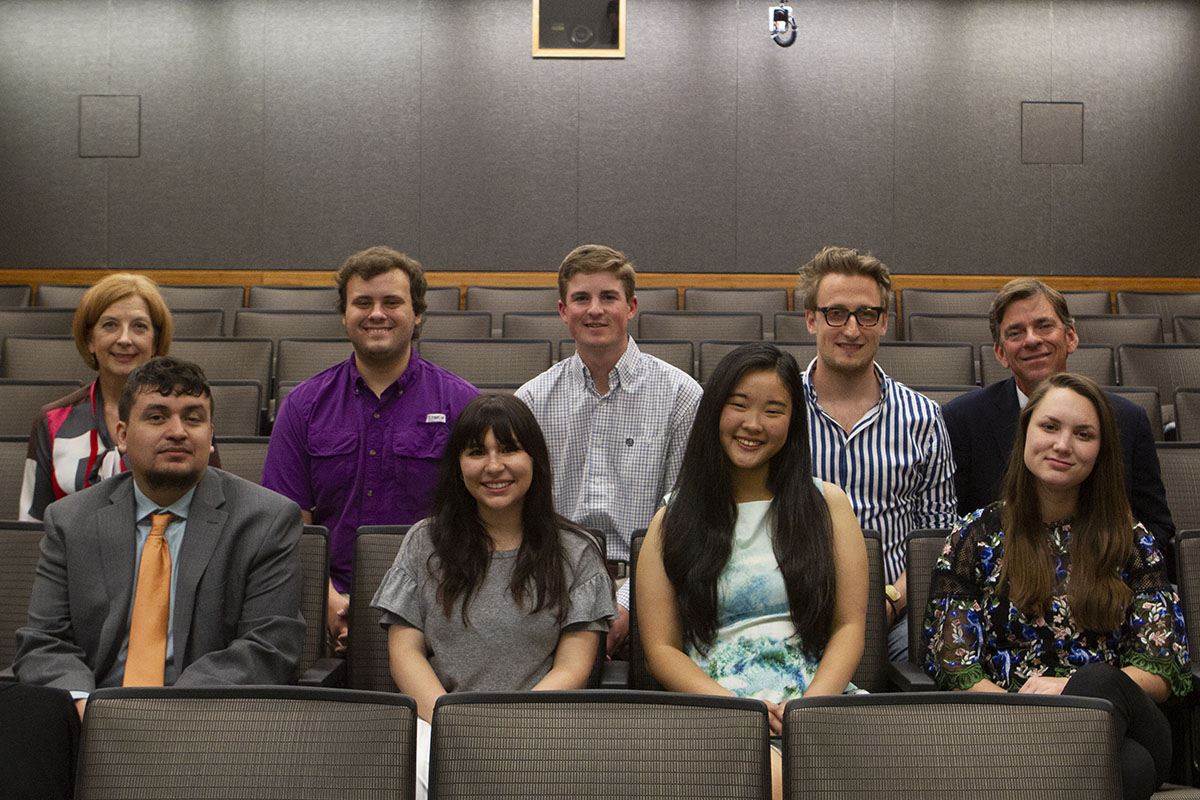 The School of Journalism's honor society, Kappa Tau Alpha, welcomed its new members during a ceremony April 23 in the Belo Center for New Media. Eight journalism seniors and two graduate students accepted the invitation to join the honor society, which is limited to students who are in the top ten percent of their class by GPA. Ph.D. Student Martin Riedl was further honored with the Lorraine Branham top graduate scholar award, named for the former School of Journalism director who passed away this spring. Emeritus Professor Gene Burd also attended the ceremony this spring. He has been a member of Kappa Tau Alpha since 1954. The School of Journalism's Kappa Tau Alpha chapter is named for its founder, Professor Olin Hinkle, who established it in 1961. After a hiatus of several years, the chapter was re-established under the leadership of Professor Kevin Robbins and Dr. Mary Angela Bock.

Pulitzer Prize-winning photojournalist: 'What we do in this profession matters'