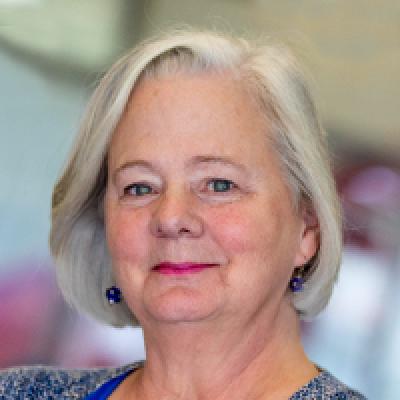 After 18 years as a School of Journalism lecturer, Diana Dawson saw a way to improve communication students’ writing and in 2013 created what is now the Moody Writing Support Program. The core of the program she directs is one-on-one tutoring sessions with peer writing coaches.  The staff also hosts workshops and a speaker series designed to inspire student writers.

Dawson has taught the beginning newswriting course now called Reporting Words since 1996, coordinated that course for several years and has often taught feature writing. In addition, she created an innovative series of courses for Senior Fellows called “Communicating the Human Side of Social Issues” that takes students into the city to explore topics such as gentrification and immigration. She co-authored “News Writing by The Texas Quartet” with George Sylvie, Dave Garlock and Wanda Garner Cash.

Before teaching, Dawson worked as a reporter in newsrooms nationwide for 17 years. During that time, she wrote investigative pieces about teachers' sexual misconduct with their students, breakdowns in state mental health systems and how foster care abused its charges. As her specialty developed in social issues coverage, she wrote narratives about life in a burn center, an old farmer battling his wife's Alzheimer's disease and an Indian tribe's quest to defeat poverty with education.

Over the years, her work won scores of national, regional and local awards, including making her a finalist as part of a newsroom team for the Pulitzer Prize, the finalist for the Ernie Pyle Award, the Nieman Fellowship at Harvard University and finalist twice for the Livingston Award for Young Journalists.

Dawson also wrote a nationally syndicated column and worked as a writing coach and consultant. She had freelance stories published in many publications including the Los Angeles Times, Chicago Tribune and Austin Monthly magazine.

She earned her bachelor’s degree in journalism from the University of Missouri at Columbia.