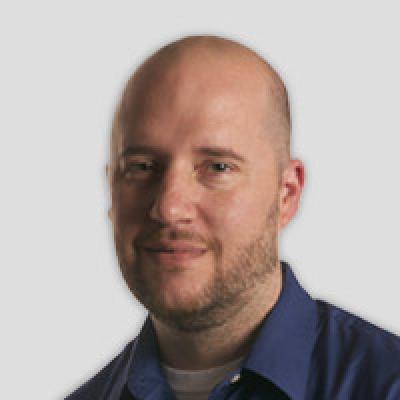 Robert Quigley, an Associate Professor of Practice and the school's Innovation Director, focuses on digital media. He is a 16-year veteran of the print journalism industry. In the last few years of his newspaper career, he helped the Austin American-Statesman reach national prominence with its use of digital media.

In 2016, Quigley won the Regents’ Outstanding Teaching Award for the University of Texas System. That same year, he also won the Moody College Teaching Excellence Award. In 2018, he was honored with the Dad’s Association Centennial Teaching Fellowship.

In 2019, he started The Drag, a podcasting production house within the University of Texas School of Journalism. The Drag gives students and professional journalists an opportunity to create long-form narrative podcasts in partnership with news organizations.

Quigley started as a sports writer at The (Nacogdoches) Daily Sentinel in 1995. He joined the Austin American-Statesman as a page designer and copy editor in 1998. He won several Texas APME and Society of Newspaper Design awards as a copy editor and page designer. He became assistant news editor in 2001. In 2007, he was named the paper's first-ever Internet editor. In 2009, he became one of the first social media editors in the world, overseeing the Statesman's industry-leading social efforts. In 2010, the Statesman won a first place Texas APME award for the Fort Hood shootings, and Quigley's use of social media was singled out by the judges. In 2011, the Statesman won another first place award, this time for a plane crash into an IRS building in Austin. Again, Quigley's use of social media made the judges' comments.

In 2012, he started a unique cross-disciplinary course at the University of Texas in which journalism and computer science majors come together to build mobile apps. He also teaches Digital Innovations Capstone, Social Media Journalism, Audio Storytelling and Digital Storytelling Basics.

He has been quoted in numerous publications, including Poynter Online, Nieman Journalism Lab, Mediabistro, the American Journalism Review, the New York Times and Mashable as an expert on digital media.

Quigley, originally from Scottsville, N.Y., has lived in Texas since he was 18.