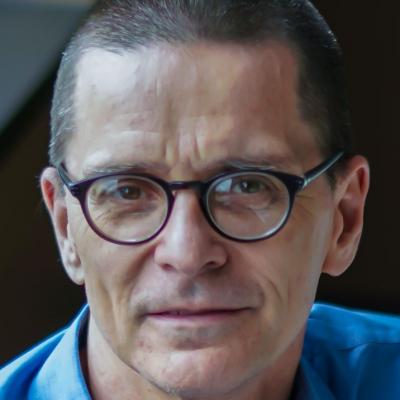 Robert Jensen is Emeritus Professor in the School of Journalism at the University of Texas at Austin and collaborates with the New Perennials Project at Middlebury College. He is the coauthor with Wes Jackson of An Inconvenient Apocalypse: Environmental Collapse, Climate Crisis, and the Fate of Humanity (University of Notre Dame Press, 2022) and author of The Restless and Relentless Mind of Wes Jackson: Searching for Sustainability (University Press of Kansas, 2021). Jensen’s other books include The End of Patriarchy: Radical Feminism for Men (Spinifex Press, 2017); Plain Radical: Living, Loving, and Learning to Leave the Planet Gracefully (Counterpoint/Soft Skull, 2015); Arguing for Our Lives: A User’s Guide to Constructive Dialogue (City Lights, 2013); All My Bones Shake: Seeking a Progressive Path to the Prophetic Voice, (Soft Skull Press, 2009); Getting Off: Pornography and the End of Masculinity (South End Press, 2007); The Heart of Whiteness: Confronting Race, Racism and White Privilege (City Lights, 2005); Citizens of the Empire: The Struggle to Claim Our Humanity (City Lights, 2004); and Writing Dissent: Taking Radical Ideas from the Margins to the Mainstream (Peter Lang, 2002). Jensen is also co-producer of the documentary film “Abe Osheroff: One Foot in the Grave, the Other Still Dancing” (Media Education Foundation, 2009), which chronicles the life and philosophy of the longtime radical activist.