Jose Martinez: How Being First Generation is a Superpower

"A superpower that allows them to be more empathetic, more understanding and an opportunity to make not just their family and friends proud, but themselves proud." 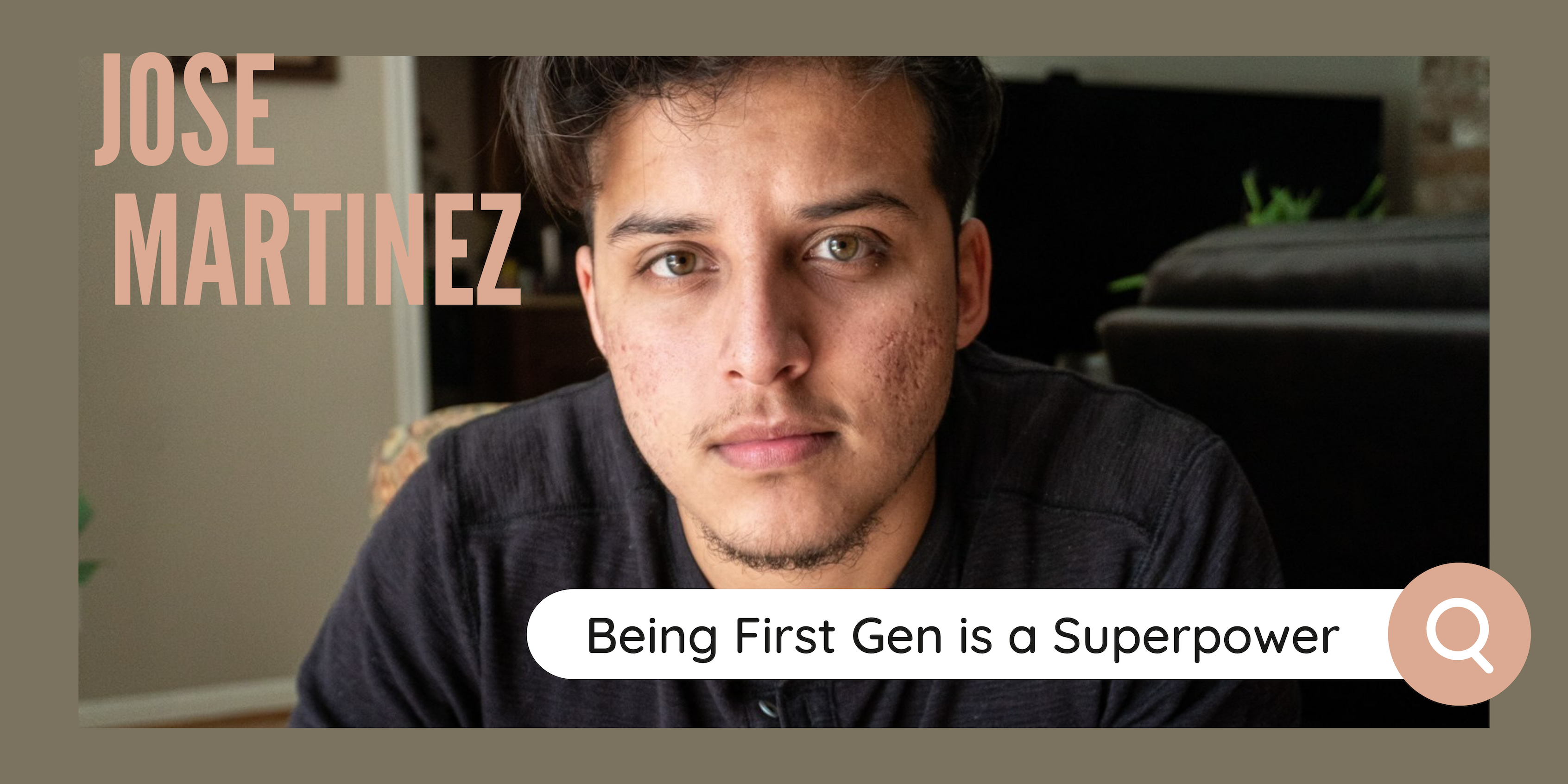 Jose Luis Martinez, a fourth-year journalism and Plan II major, remembers his first days at the University of Texas at Austin as terrifying — and not because he was a freshman on a campus that’s 431 acres big or because he didn’t know where most classes were.

“Honestly, it was just scary because I would meet people at orientation or in classes, and they’d be like, ‘Yeah, my grandparents and parents came to UT,’ or some people were like, ‘Yeah, no, my parents, they have a doctor degree back home…’” Martinez said. “I'm like, ‘woah, that's crazy,’ and they say, they had a lot of help applying to colleges, with their resumes, essays with tutors. I never had any of that.”

As a first-gen, Martinez said he didn’t have access to the same resources as some of his peers and had to learn how to navigate things like college applications and financial aid alone. However, Martinez wasn’t completely alone.

He said he had something other students didn’t have — a kind of superpower.

A superpower that allows him to be more resourceful in his day-to-day life and more empathic in his reporting. 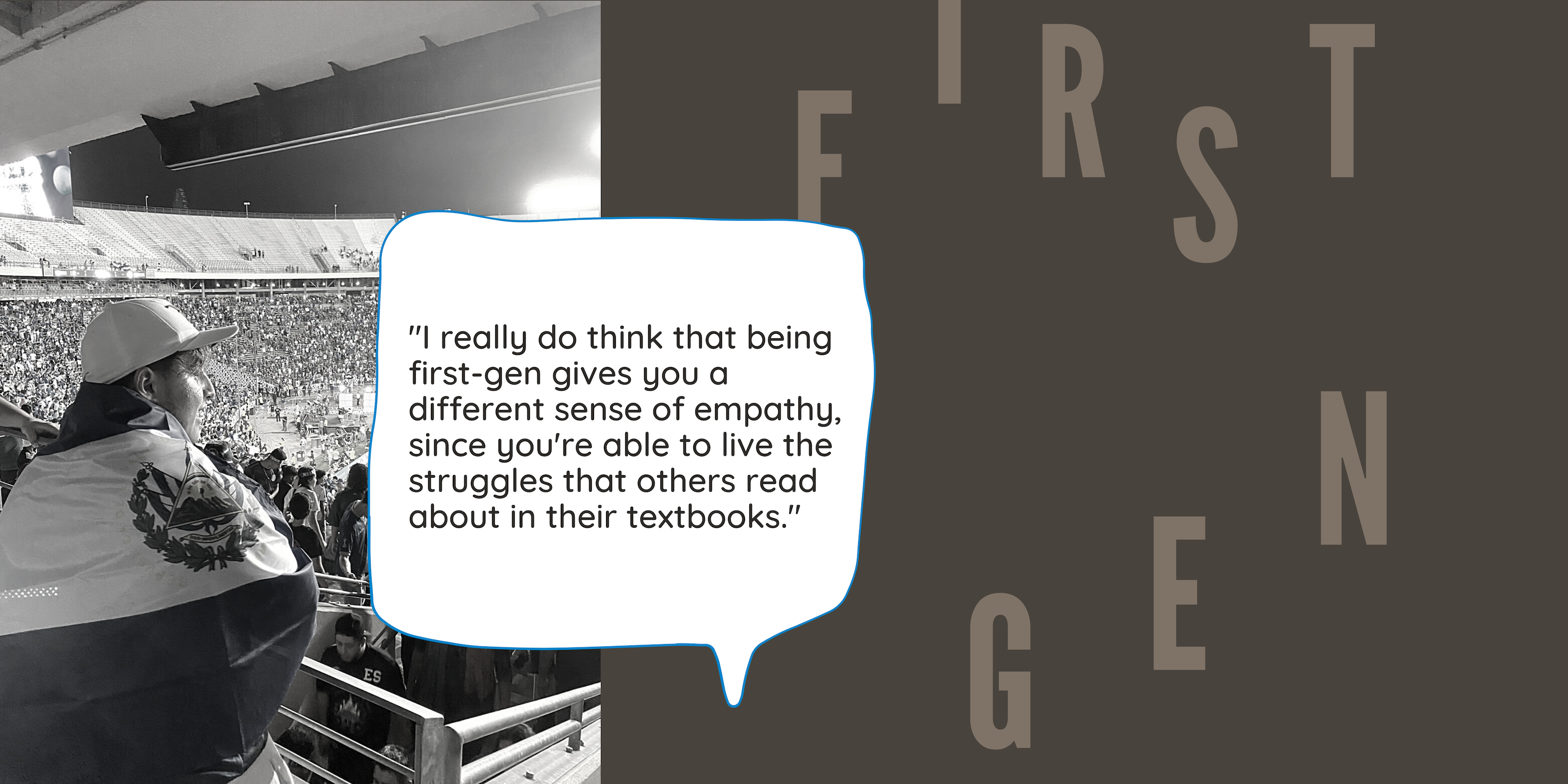 “I really do think that being first-gen gives you a different sense of empathy, since you're able to live the struggles that others read about in their textbooks...” Martinez said. “.... we’re literally living those struggles and so that allows us to be more empathetic, especially in journalism with our sources.”

But, also he said being a first-gen journalist gives him a new kind of ability — a type of x-ray vision to see stories no one else can. One of the stories he wrote about came from seeing the struggles of undocumented workers like his dad. Martinez said his dad was about to become a jornalero, day laborers who often get mistreated and unpaid.

“I grew up thinking, ‘Oh, that's normal. That's [how] a lot of people get jobs, but when I came to UT, people didn't know about that and they were like, what’s a jornalero?’” Martinez said. “It was crazy. So I was like, ‘Man, I need to do a story on this’ and I did, I ended up doing a story on it. So that's one small example of the different perspectives of being first-gen can give you because you see the struggles of a certain community.”

He also said seeing his mother and her co-workers be mistreated as domestic workers opened up his eyes to a new world of reporting that he said needs to be done. Martinez said while it’s important to have stories on the immigration system and what’s happening on the border, there also needs to be reporting on the communities here.

Overall, he said being a first-gen does come with a lot of challenges. He even remembers venting to his friends about the struggles and the triumphs.

“We'd be like, ‘Man, this thing sucks being first gen,’ but at the same time, it is cool, because we're realizing, man, look, what we're doing right now us first gen students,” Martinez said. “That is crazy and we should be proud of that. We should be celebrating each other, congratulating each other because it's not something that's easy, either.”

It hasn’t been an easy journey for Martinez, but he said he’s learned a lot about himself since starting at UT. Now that he’s gearing up for graduation, he has some advice for other first-gens students.

“I would tell a first-gen student thinking about going to UT to see first-gen as a superpower, a superpower that allows them to be more empathetic, more understanding and an opportunity to make not just their family and friends proud, but themselves proud,” Martinez said. “That they use it as an opportunity to show that they have what it takes... and be able to succeed just like anyone else, regardless of their backgrounds. 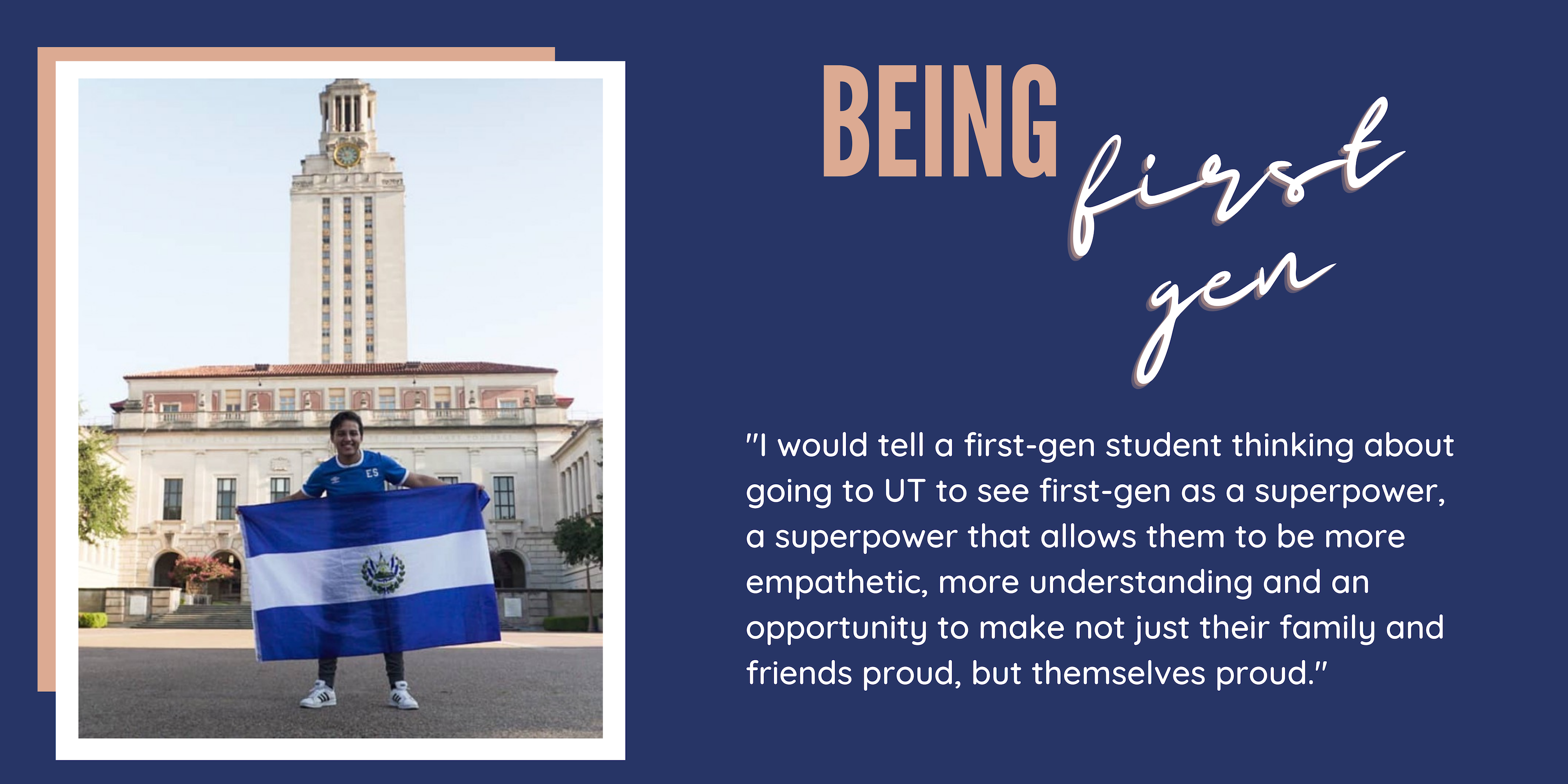 Brianna Holt writes to create change within the journalism industry | Alumni Q&A - Where Are They Now?
Minority journalism organizations create safe space of belonging and growth for college students