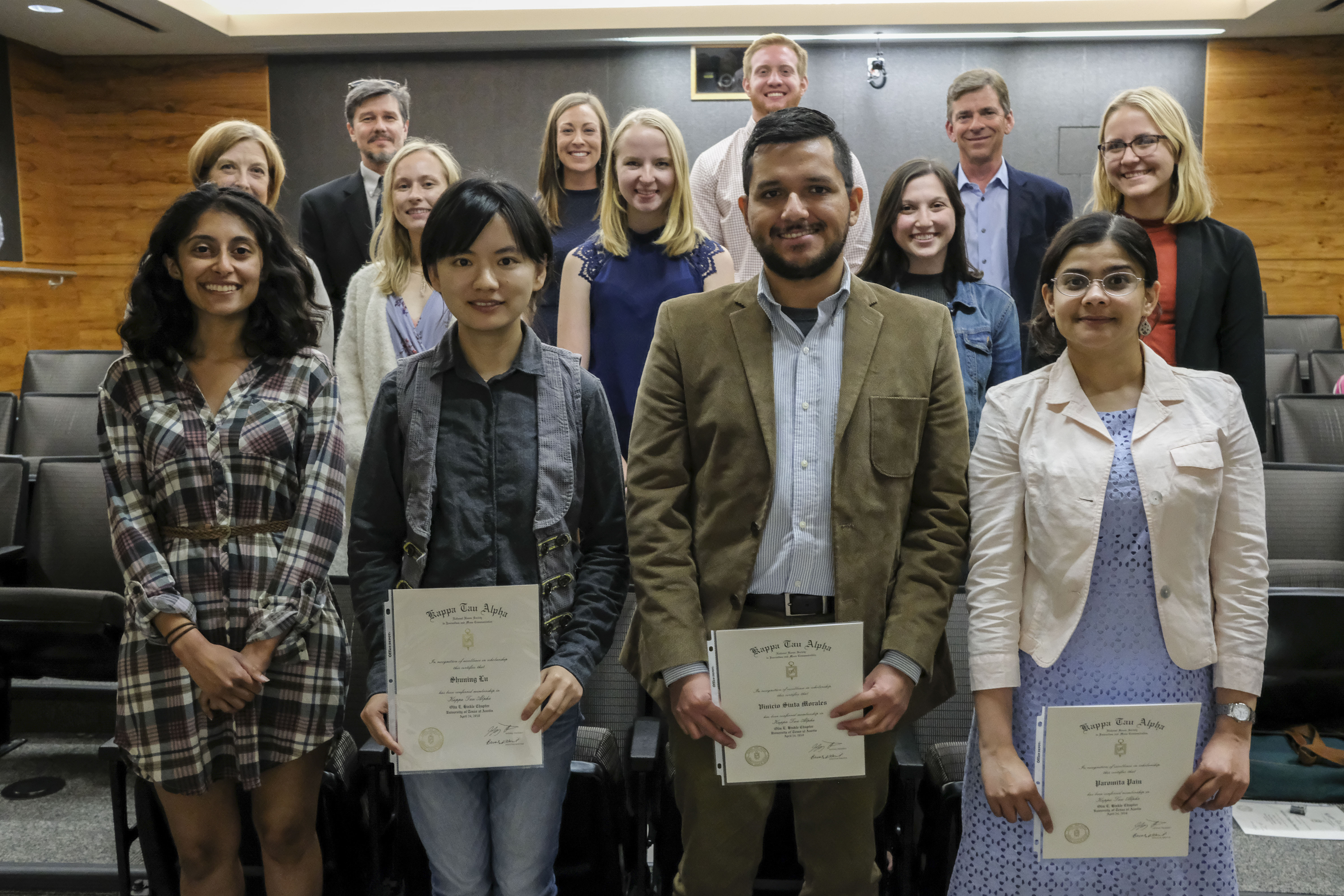 Kappa Tau Alpha is a national honor society for students in journalism and mass communication. Our chapter, in the School of Journalism at The University of Texas, was established in 1961, and is named in honor of a longtime professor of journalism, Olin Hinkle.

To be invited, a student has to be a graduating senior whose GPA is in the top 10 percent of the class. Graduate students may also inducted based on similar standards.

Our chapter was inactive for several years, and renewed in the spring of 2018. We invited 23 students to KTA in 2018, 15 undergraduates and eight graduate students.

One invited to KTA, students are asked to pay a nominal fee (it was $30 in 2018 but this may go up slightly in 2019). The fee and includes a certificate and a commemorative pin.  The process for identifying the top-ten percent of graduating seniors starts early in the spring semester and invitations will go out sometime around early March. There are no special activities or obligations with becoming a member of KTA, but inductees are expected to maintain the organization’s high standards of media practice and ethics.

The chapter at the Missouri School of Journalism is the original chapter of the Society, founded in 1910 by the School’s first dean, Walter Williams. The University of Missouri serves as the national headquarters for the Society and its 96 campus chapters, including ours at Texas.  Dr. Bock has been a member of KTA since she was inducted as an undergraduate at Drake University in 1982.

Dr. Gene Burd is also a member of Kappa Tau Alpha, and has written about his experience. (See separate document).   A special award named for Dr. Burd will be granted to the KTA undergraduate inductee with the top GPA in 2019.

You can learn more about Kappa Tau Alpha on the Society’s website: http://bit.ly/2n6wbBr.