Combining data and journalism at NICAR

This March, we sent a group of longhorns to the National Institute for Computer-Assisted Reporting's conference in Newport Beach, California. While they were there, they attended workshops, practiced their skills with hands-on projects, and shared their experiences on social media. After getting back to Texas, three students, Valeri Smith, Stephanie Adeline and Tanya Haden, decided to write about their personal experiences at the conference.

Going to NICAR has been a whirlwind of activity that has left me both overwhelmed and inspired. I approached this conference with a very rigid idea of data journalism that was based on little actual experience. However, from the very first session, my ideas about data and journalism and how they fit together was flipped on its head. After attending a panel about avant garde journalism with Rachel Binx (Content Science & Algorithms team at Netflix),  Nonny de la Peña (Godmother of Virtual Reality and CEO of Emblematic Group) and Scott Klein (Deputy Managing Editor at ProPublica), I realized that the only limit for data visualizations is my imagination.

After that talk, I thought my mind had been sufficiently blown until I attended a panel on disaster coverage. This discussion opened my eyes in a different way, making me realize that the scope of a natural disaster, and many other events, spans years. The effects of these events on people would otherwise remain completely hidden if not for the work of dedicated data journalists. Before NICAR, I thought I had data journalism all figured out, but now the only thing I know is how much I don’t know.  My experience here, from listening to the wise words of Anh Do (Metro reporter for the Los Angeles Times)  to meeting Brian Rosenthal (Investigative Reporter for the New York Times)  and having him tell me to work hard for what I want, this has been an unforgettable weekend that has honed my career path and ideas for my future.

"You have to understand how different cultures may perceive visualizations differently"

I still couldn’t believe I was actually in Newport Beach, California for the 2019 CAR Conference. During my time, I learned so much about how data analysis can really strengthen a story, and I met so many people who are so passionate about what they do and are willing to openly share their knowledge with other journalists.

For the three days of NICAR, I had been trying to understand Python, R and JavaScript, all of which are tools that could be used to get and analyze data for investigative stories. I went to so many of the hands-on coding workshops, and I even signed up for a 3-hour workshop on data visualization with D3. I had set my bar really high. I thought I was really going to master at least one of the programming languages. I was so wrong.

Learning programming isn’t as easy as it sounds. My first real exposure to coding was only last semester when I took Professor Christian McDonald’s “Intro to Coding for Journalists” class, so I’m still getting used to it. In almost all of the workshops I did at NICAR, I felt like I was drowning in programming syntax that just wasn’t familiar to me at all. It was frustrating at first, but I just kept treading the water. I tried to understand little bits and pieces and made sure I understood the general logic. I told myself that it’s okay if I don’t understand everything right now. Just take good notes, get all the github URLs, and look at them at your own time. I realized that I’m new to this, and I shouldn’t punish myself for not understanding everything. In the end, I’m really grateful that I now have a good understanding of what the programming languages are best used for and how their basic commands work.

So maybe I didn’t exactly become a D3 expert after NICAR, but I learned so much more than  that. I got the chance to see how impactful data journalism can be. I was exposed to the world of data journalism – which doesn’t only include coding but also information security, making public information requests and finding the right data source to enhance storytelling. I also learned that it’s okay to not have a solution to every problem because there is a community of news nerds out there ready to help you (even if you’re a student journalist)!

Perhaps the most important thing I learned at NICAR was how my background could fit into the world of data journalism. I grew up in Jakarta, Indonesia. I am bilingual, and I am very interested in learning new languages. For the longest time, I’ve always tried to find ways to utilize my bilingual background with the work I do as a journalist. Unfortunately, it hasn’t been so easy because Indonesian isn’t necessarily a language that a lot of people in Texas speak. I have done some translation work for a documentary film, and I’ve interviewed some Indonesian speakers for a story, but that’s pretty much the extent of it. I thought maybe I could be a foreign correspondent one day, or maybe I could go back home to Indonesia and be a reporter there.

When I started to consider data journalism as a career, I was having a hard time trying to figure out how my background could fit into data journalism. But when I was going through the conference schedule, I saw that one of the panels on the last day was titled, “One-size-doesn’t-fit-all: how to make multilingual data-driven journalism work.” I got super excited, especially when I saw that the panelists were journalists from BBC, Aljazeera and Deutsche Welle (I am currently learning German). During the panel, they talked about the challenges that may arise when it comes to multilingual data journalism, and it’s not as simple as translating something from one language to another. You have to understand how different cultures may perceive visualizations differently, as well as how barriers such as access to high-speed internet may be present in certain regions of the world. What’s even more exciting was that I got to meet a BBC journalist who works in Jakarta, and she told me that there is a need for journalists who understand the language and culture, AND have data skills. I realized that there is a place for multilingual journalists in the data community, and I have a clearer picture now of how I could fit in.

One more thing about my NICAR experience – I had the chance to make friends with students from other universities. You never know how much you have in common with other student journalists living in other cities and states until you actually meet them and get to know them. I felt like I never had the chance to do so until I met some students at NICAR. In such a short time, I’ve gotten to know some great student journalists and learned about what they’re doing in their school papers. It’s always so encouraging to know that your J-School isn’t isolated, and we actually have a nationwide community.

Being at NICAR has been eye-opening in so many aspects, and I’m so grateful that I got to be here. I hope that other students will get to experience this, too.

When I first heard of NICAR, I thought it was going to be all Python and jargon I was unfamiliar with and terrified of. I was intimidated when I applied thinking, “oh my gosh, they are going to realize that I don’t belong.” However, this has been the most educational experience of my college career, and I would do it all over again if I could. As NICAR wraps up, there are two main points that I would like to touch on: Don’t be afraid to attend panels and classes you feel unprepared for, and research the panels and topics beforehand.

I attended two panels on which coding languages I should learn and how to get off the ground. Coding is terrifying to me, but without these panels I wouldn’t have understood how vast and important code can be to a journalist’s career. I learned of languages I’ve never heard of before, such as R and SQL, and facts like Javascript isn’t just for frontend work but also backend works and Nodes.js. I also realized that no matter which language you decide to learn, once you have the tools in your skillset, they then become transferable. This looming threat of code suddenly seemed so tame to me in the aftermath of these courses that I laughed at myself a bit for even being so frightened of them in the first place.

The focal point of NICAR that really sold me, however, were the different tracks you could take here if you just researched the topics and panels beforehand. I am a double major with International Relations and Global Studies, and I never thought I would be able to attend so many panels on digital security, hacking, doxing and more. It was fascinating to be learning about topics that I felt tied my two majors together without overloading my brain with something foreign. The digital security track that I took is a bit outside the realm of “data journalism,” but I will value the experience and knowledge that I gained from NICAR for the rest of my life. If anything, this conference has made me more aware of my online footprint. I will definitely be cleaning up and fortifying my digital security in these next few days following NICAR all because of the tips and tools I gained from these panels.

TEXAS Moody
UTexasMoody
Do you love the @OrangeTreePod and have questions for the hosts? Join us for the next Moody Mini Series to chat wit… https://t.co/RVXXqkIPtp
4 months ago
retweetUT Media Innovation Retweeted

Robert Quigley
robquig
I haven't written a story for publication in a while, but I wrote this one about my friend, mentor and forever coll… https://t.co/7PbFgW36Z1
4 months ago
retweetUT Media Innovation Retweeted

TEXAS Moody
UTexasMoody
The first two episodes of @OrangeTreePod are out on iTunes! A true-crime podcast that tells the story behind the mu… https://t.co/CRbMlZRMFx
7 months ago
retweetUT Media Innovation Retweeted

The Orange Tree
OrangeTreePod
Listen to The Orange Tree, a new, true crime podcast that delves into the story of what happened to Jennifer Cave f… https://t.co/bDidFLRvLG
7 months ago
Follow us on Twitter

See our tweets from the conference at #NICAR19. 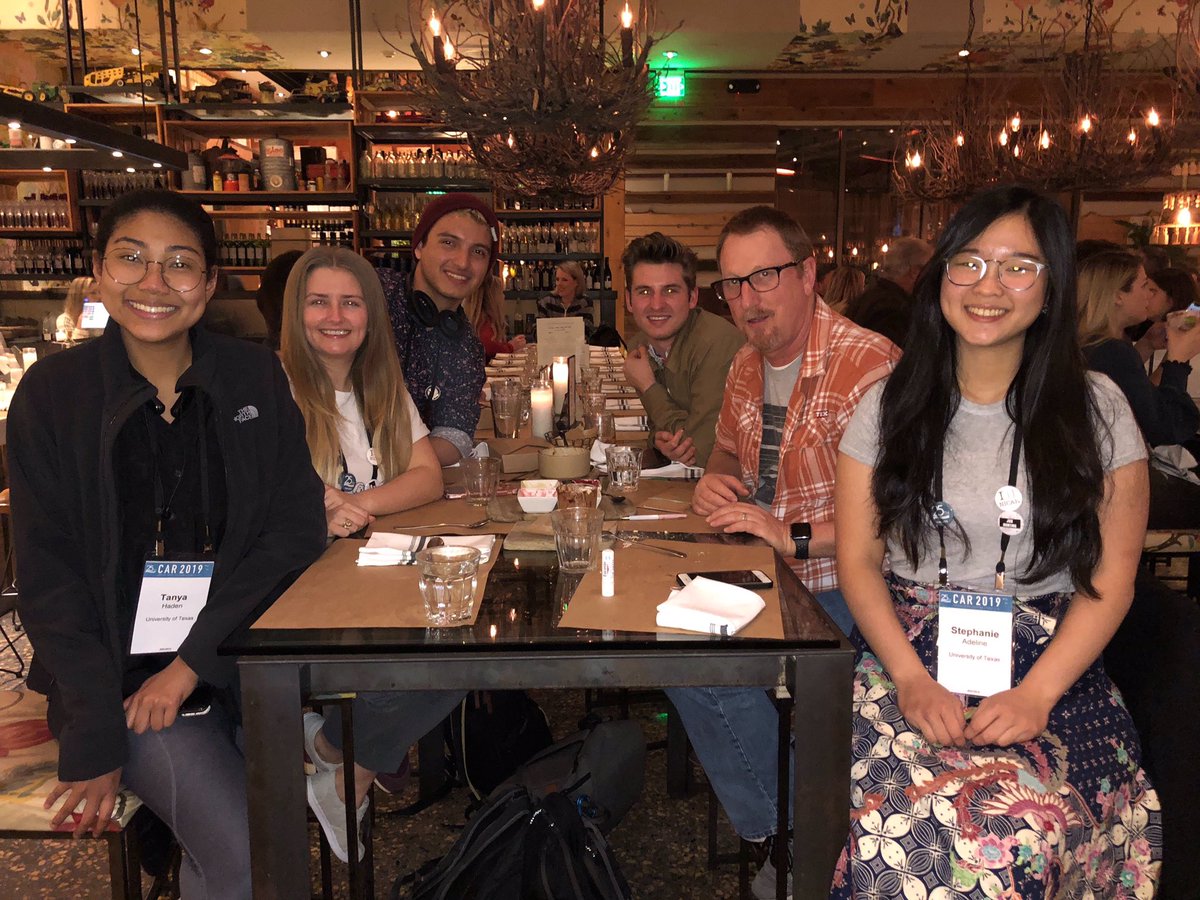 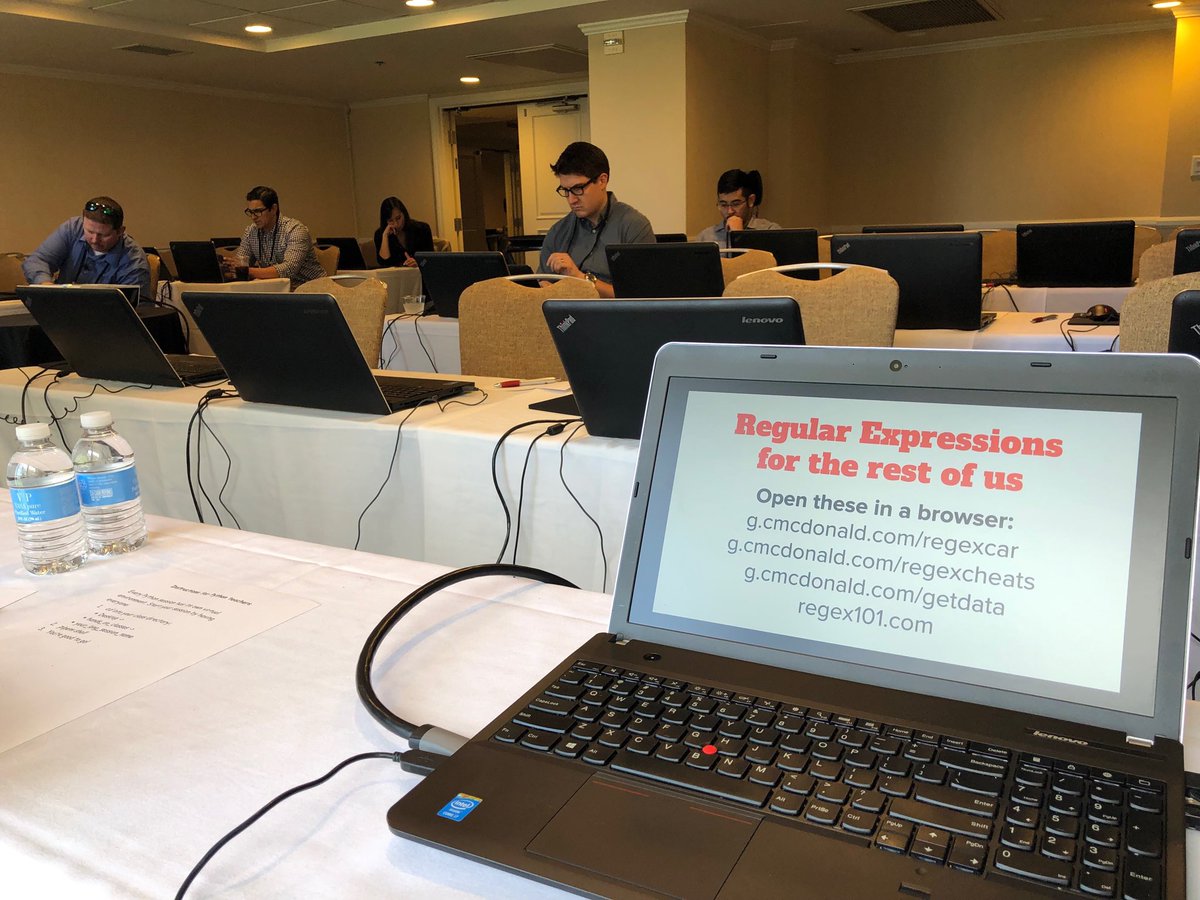