Journalism in The Big Easy

In September, our Ph.D. fellows Kelsey Whipple and Chenyan Jia as well as our content director Sabrina LeBoeuf attended the Online News Association conference in New Orleans. There, the students attended workshops, networked with other professionals in the field and ate lots of begneits. Here's what they had to say about their time at ONA 2019. 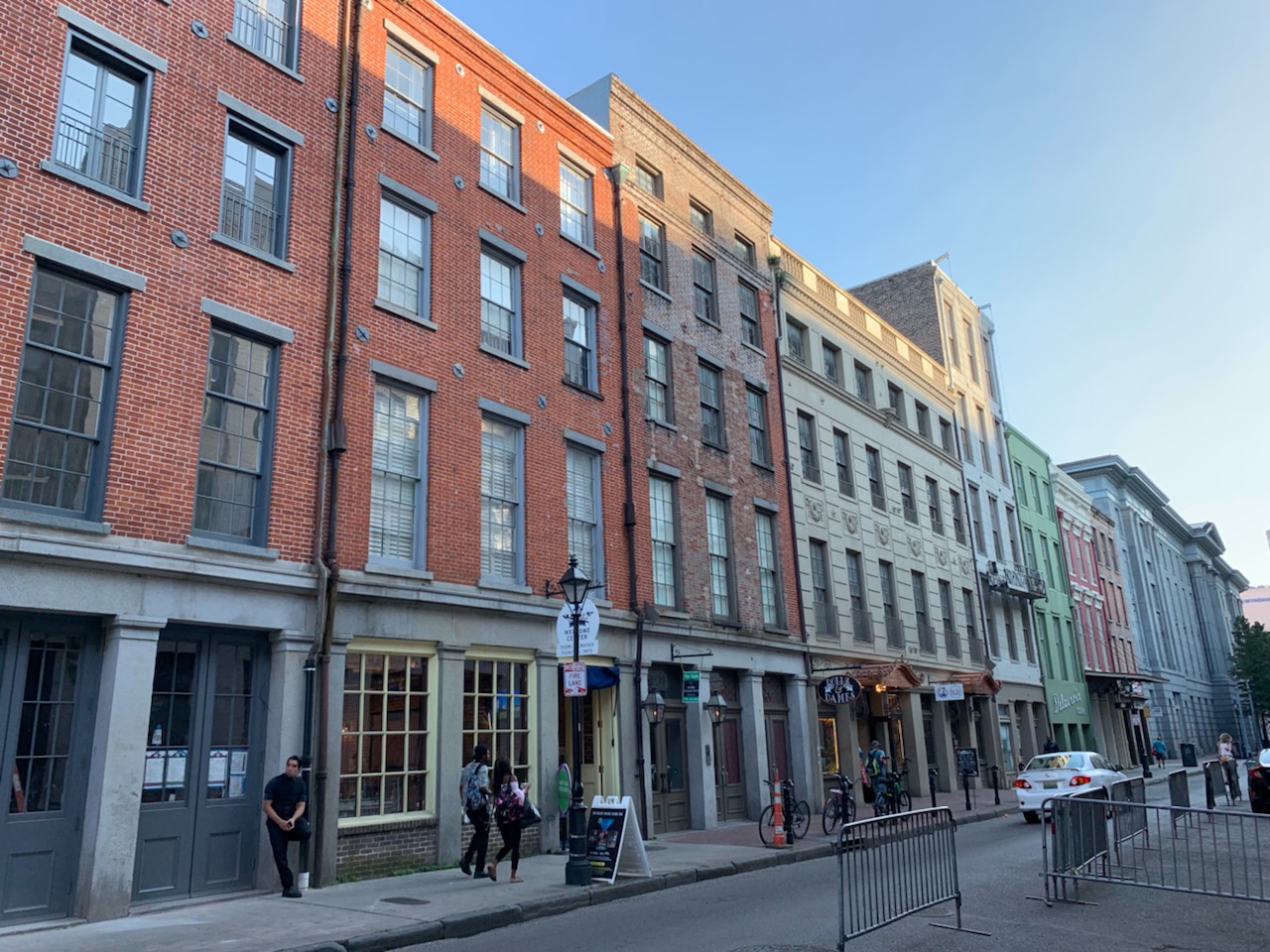 One of my favorite things about going to the Online News Association conference is the opportunity to spend time with practicing journalists and journalism educators who are dedicated to improving the future of the industry. As a Ph.D. candidate, I spend a lot of time researching journalism and discourse, but I sometimes feel removed from what’s actually happening in newsrooms. Going to ONA gives me a chance to get away from Google Scholar, put down my laptop and engage with others who are passionate about both the potential and problems of modern journalism.

This year, at ONA in New Orleans, I spent a few days in group sessions and one-on-one discussions with journalists from all over (and occasionally outside of) the U.S. I learned advanced strategies for incorporating emerging technologies into the classroom and the newsroom, discussed how to improve one’s voice in audio storytelling and tried out ways to incorporate machine learning into the journalistic process, among other topics. I learned about group representation from media union leaders and took steps to improve my familiarity with deepfakes and other types of misinformation. 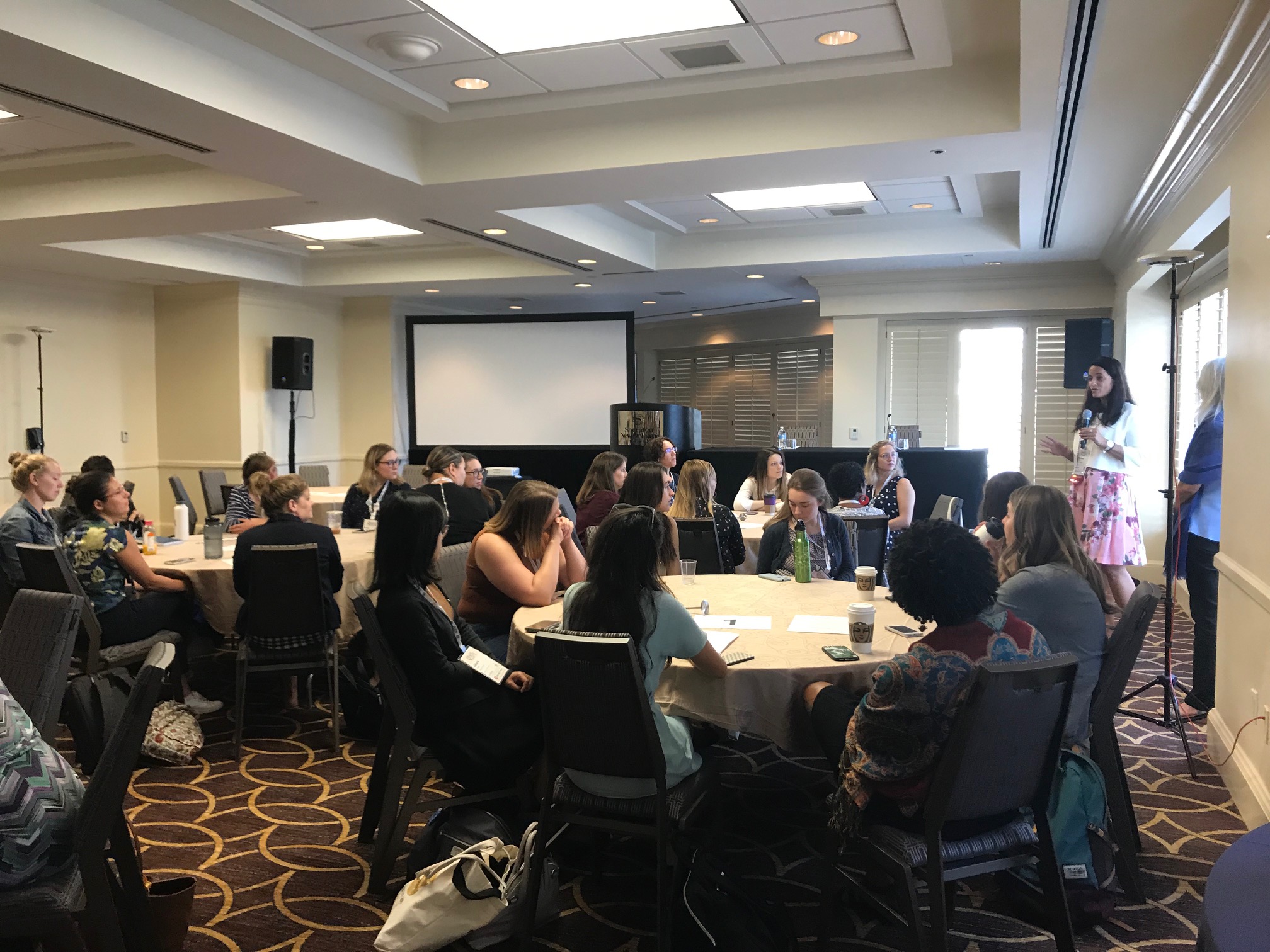 In one of my favorite sessions, I spent two hours discussing media leadership with other women during one of ONA’s table talks sessions. I met women in journalism, journalism education and product development and found that many of us experienced the same professional challenges, regardless of our home environment. And in a special session dedicated to journalism educators, I had the chance to share experiences with professors and brainstorm about the biggest joys and challenges of teaching future journalists. On the plane home, and in the weeks since, I’ve had a lot to think about.

A Glance Into Machine Learning

Everyone is talking about machine learning and big data, but how do we apply that to our own work, especially in the journalism field?

John Keefe, the technical architect for bots and machine learning at Quartz, tried to answer this question by holding a training session. He walked us through two fascinating projects. The first project trains a model to determine if there's a bicycle in an image and then use that to find bicycles in a video. The second project was designed to identify fact-checkable tweets with machine learning. Note that both projects are based on the early lessons in Practical Deep Learning for Coders, taught online by Jeremy Howard and the other fellows at fast.ai.

For the first project, the computer-vision model was pre-trained on 14 million images of bikes. Images are marked as “yes bikes” and “no bikes” depending on whether the image contains bikes or not. Then the programmer chopped up the video into frames and used the model to detect bikes in frames. The algorithm was designed to train for 6 epochs (cycles) for the training session. Even though the error rate can still be improved, the outcome was very impressive. Basically, the machine learning algorithm does a good job of detecting the bikes.

I really enjoyed this workshop. Codes are provided on the Google Colaboratory platform, which is very beginner-friendly. The platform provides both a notebook environment and a GPU for free. Also, you don’t need to save these huge datasets on your laptop when using this platform.

This workshop from ONA made me feel that big data is no longer a “myth” to me anymore. A great experience in New Orleans.

I'm pretty sure I was the youngest person in attendance. All the other people my age were part of the ONA newsroom covering the event, so I was left to interact with the grown ups.

This wasn't a bad thing, but it did push me out of my comfort zone. A lot of people came to the conference in groups. They all had friends and connections, whereas I did not. Professor Quigley told me I should introduce myself to people, that networking was just as important as attending the workshops. After attending some of the sessions, it was hard to believe that meeting people could compare with gaining knowledge about a particular topic.

At first, I tried introducing myself to the people next to me. The first guy was from France, and the second guy was John Kunza from New York. However, every time I mentioned I was a student, I could see in their face that they weren't interested in talking. They preferred to talk with people who were already working in the field. Nonetheless, I decided to keep up the routine, and I'm glad that I did.

What I found was that even if people weren't necessarily interested in talking with me, they still remembered me. This became apparent when I was walking through the third floor of the conference, which was full of booths from news organizations. I eventually made my way to Lisa Sumner at the ABC booth, and John Kunza from New York was speaking with her. And he pointed me out from across the floor.

From there, I had a fruitful conversation with Lisa, and she proceeded to give me her contact information so we could chat about internship opportunities. Had I not introduced myself to John, he would not have pointed me out, and I might have had a different conversation with Lisa. This moment taught me that though networking is tough and may not seem worth it at first, it is still worth a shot. You never know who you could meet, and you never know if the person you meet will introduce you to someone who wants to meet you.

UT Media Innovation
innovationUT
That’s all for the capstone class, folks 👋🏻 Congrats to all our students for accomplishing so much this semester 🥳
3 months 1 week ago

UT Media Innovation
innovationUT
KUT TikTok experimented with different types of TikTok’s to get news out to younger audiences. Check out some of th… https://t.co/1sIA4zUM1f
3 months 1 week ago

UT Media Innovation
innovationUT
May the fourth be with you. It’s #final demo day part 2! Let’s see what our TikTok groups accomplished this semester.
3 months 1 week ago

Read next: The Power of a Group Project