An interview in Snyder

Our podcasting team’s road trip to a West Texas prison

When we decided to build an audio production house at the University of Texas School of Journalism, one of our first steps was to find the right students to lay the foundation. We have amazing students in our program, so it was just a matter of choosing the right ones for this effort.

I thought about that decision as I watched seniors Tinu Thomas and Haley Butler interview a 36-year-old man with short-cropped hair wearing a white jumpsuit at the Price Daniel state prison.

Prison visits, at least at this West Texas facility, are just like you see in the movies. You talk through a phone while looking at the inmate through thick glass. An electric fan hummed a few feet from the students, covering the far-off sounds of prison doors being locked and guards barking orders. It was 10 a.m. on a gorgeous Friday in Snyder, Texas, but we were the only visitors that morning for any of the nearly 1,400 inmates. 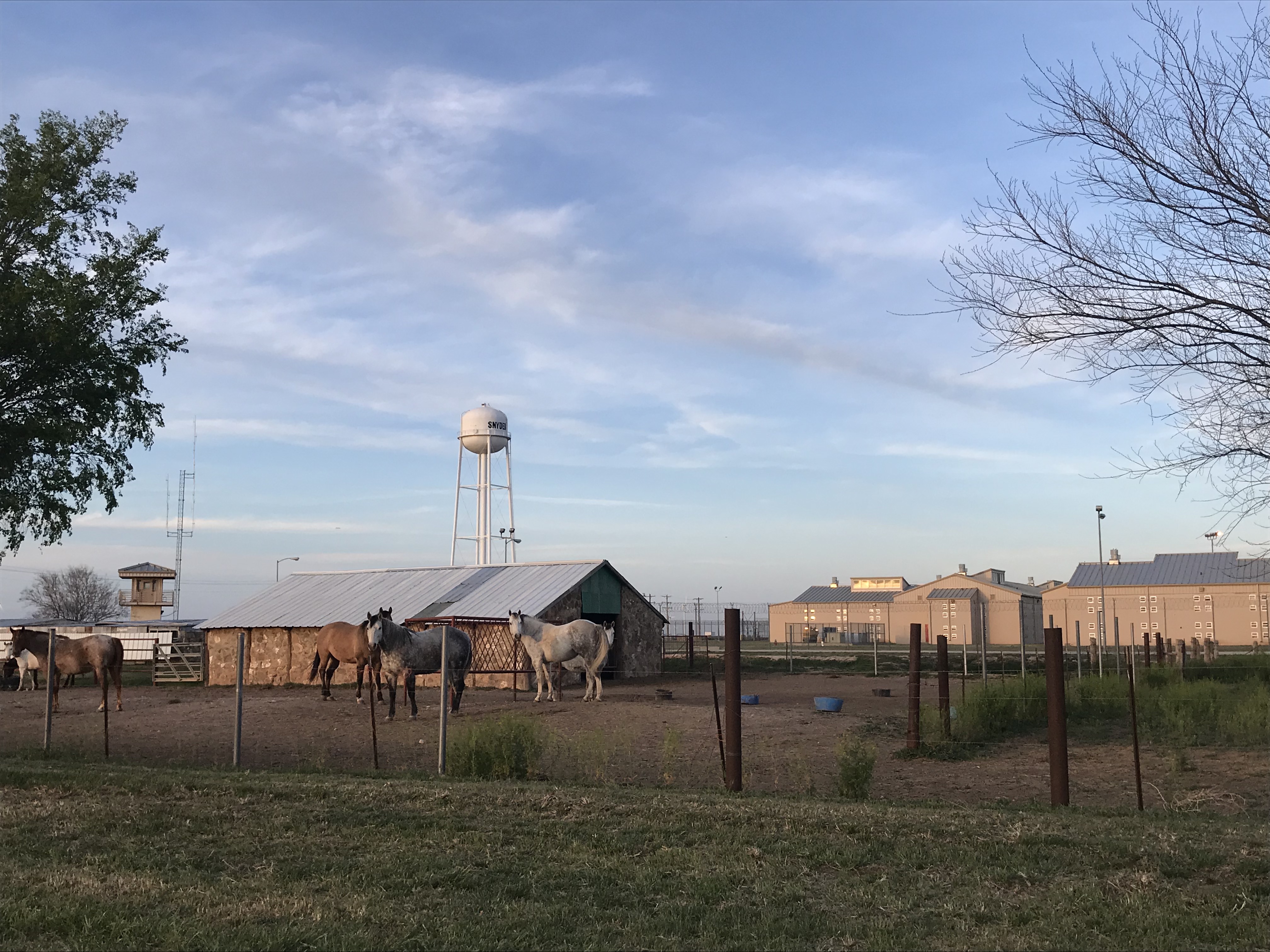 Tinu and Haley have spent the entire semester investigating a 2005 campus murder to create a podcast about what happened and why. They had meticulously prepared for this moment in the oil-and-gas town that is surrounded by hulking, white wind turbines, sprawling ranches and cotton fields. They had done their research by reading, watching and listening to everything they can about the case. They had already interviewed several witnesses and experts. They had written questions and then revised them, and then they revised them again. We discussed at length how we’d handle this interview, which was with a friend of the person convicted in the case, during the five-hour drive to Snyder.

The inmate, who is in prison on a conviction unrelated to our case, nervously looked at the two students and me when we introduced ourselves. He gave short answers to the first few questions. I couldn’t hear what he was saying because the students were using the phone and asking all of the questions. I just sat a few feet behind them in awe. They were pointing a microphone at the receiver whenever he talked, but they had also had the warden clip a mic to the inmate. Like everything they do, they are careful and methodical, and they believe in redundant systems to make sure they get that audio.

About 10 minutes into the interview, the inmate stood up and was excitedly gesturing as he answered a question. My students were nodding their heads and preparing for a follow-up question for when he finished this answer. He started giving longer statements, he looked more relaxed, and he even cracked a few jokes. They had won him over with their preparation, professional approach and skillful interviewing techniques. At that moment, I thought about what a great decision we had made when we hired these two young journalists. Tinu and Haley are creating something special. Working with KUT, our fantastic local NPR station, they are creating a story that I believe will top the charts. 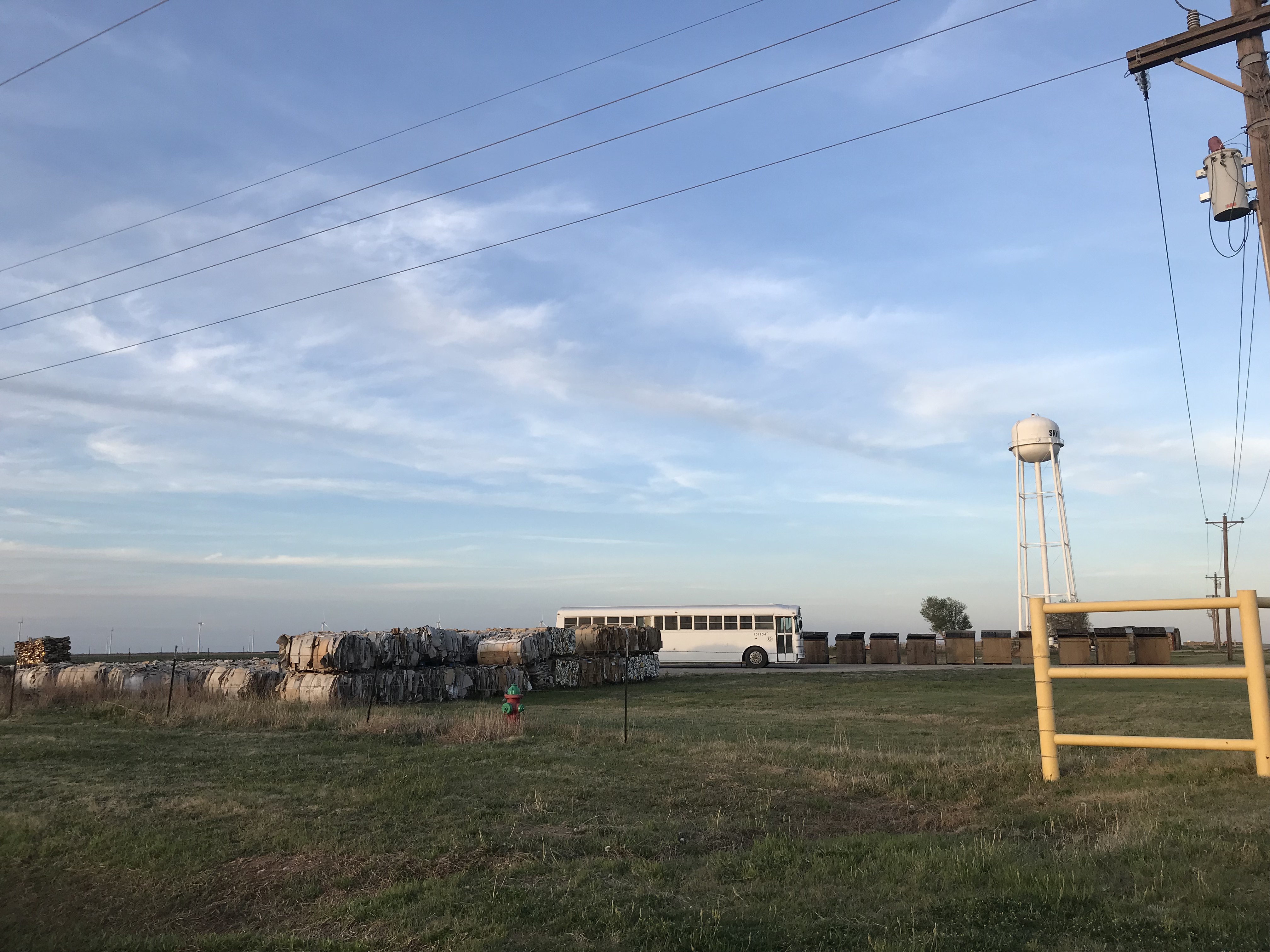 As director of The Dallas Moring News Innovation Endowment, I have worked with hundreds of excellent students to help push the ball forward when it comes to innovation. We have worked with Univision, The New York Times, The Dallas Morning News, The Austin American-Statesman, IBM and several other organizations. The students have learned skills that have landed them jobs not only in some of the nation’s top newsrooms, but also in the tech industry.

These two students want to be podcasters. Correction: These two students are podcasters. If you’re as avid of a podcast listener as I am, you know this medium has a lot of potential to tell great stories. What you might not know is how much work it takes to tell those stories. Tinu and Haley have started the process much faster than I anticipated. We’re going to pull more students in to work on it in the coming year, and everyone will be working hard. We anticipate it will take more than a year to tell this story well. With students like Tinu and Haley passionately working on this, we will tell it well. 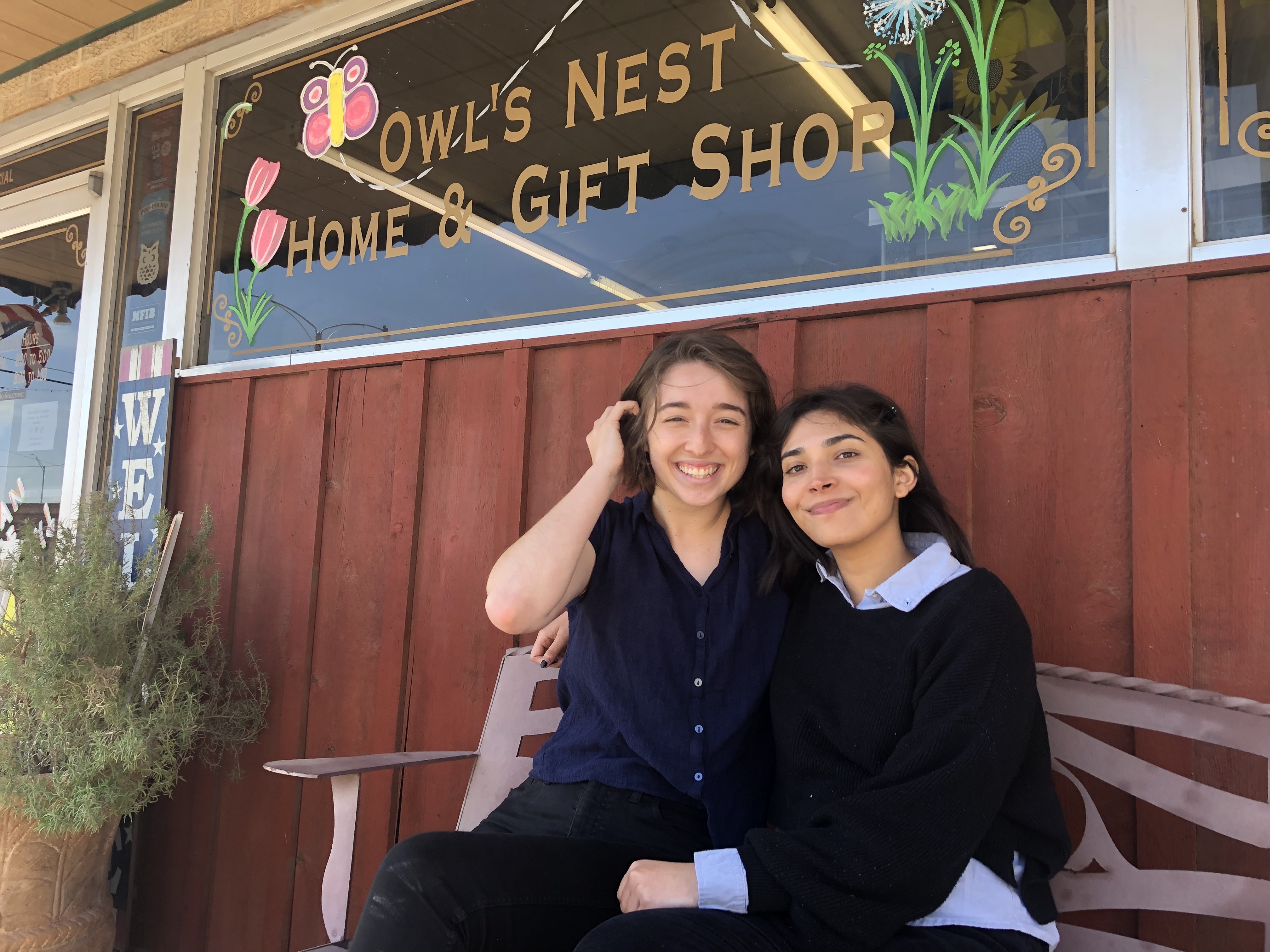 As my Honda Civic rolled across the Texas plains back toward Austin, we talked about how this interview will affect the story, from changes in the outline for the script to who we’ll need to talk with in the future to verify information and fill in gaps. We played the audio through my car stereo, and I marveled at the students’ ability to get him to talk so freely.

While working on this crime podcast, the students are also working on telling the stories of the UT School of Journalism’s Pulitzer Prize winners. We are calling the audio production house “The Drag,” based on the nickname for the main street that runs along our school. Students are doing all the work. A sophomore, Madi Thomason, created the professional logo for The Drag. I’m just here to watch them grow.

Click here to return to our Year of the Podcast blog.