Eight students share their experiences from the data journalism conference

Over the past several years, I’ve introduced students to the National Institute for Computer-Assisted Reporting conference, a gathering I lovingly call the “news nerd festival.” The best journalists in the world come together to teach each other skills that can improve and enlighten their reporting. This year the conference, held March 3-5,  was presented virtually on a platform called Pathable. While not quite the same networking experience as an in-person conference, students were still able to learn from experts on important topics and connect with stalwarts in our field. Here’s what some of our students had to share about their experience: 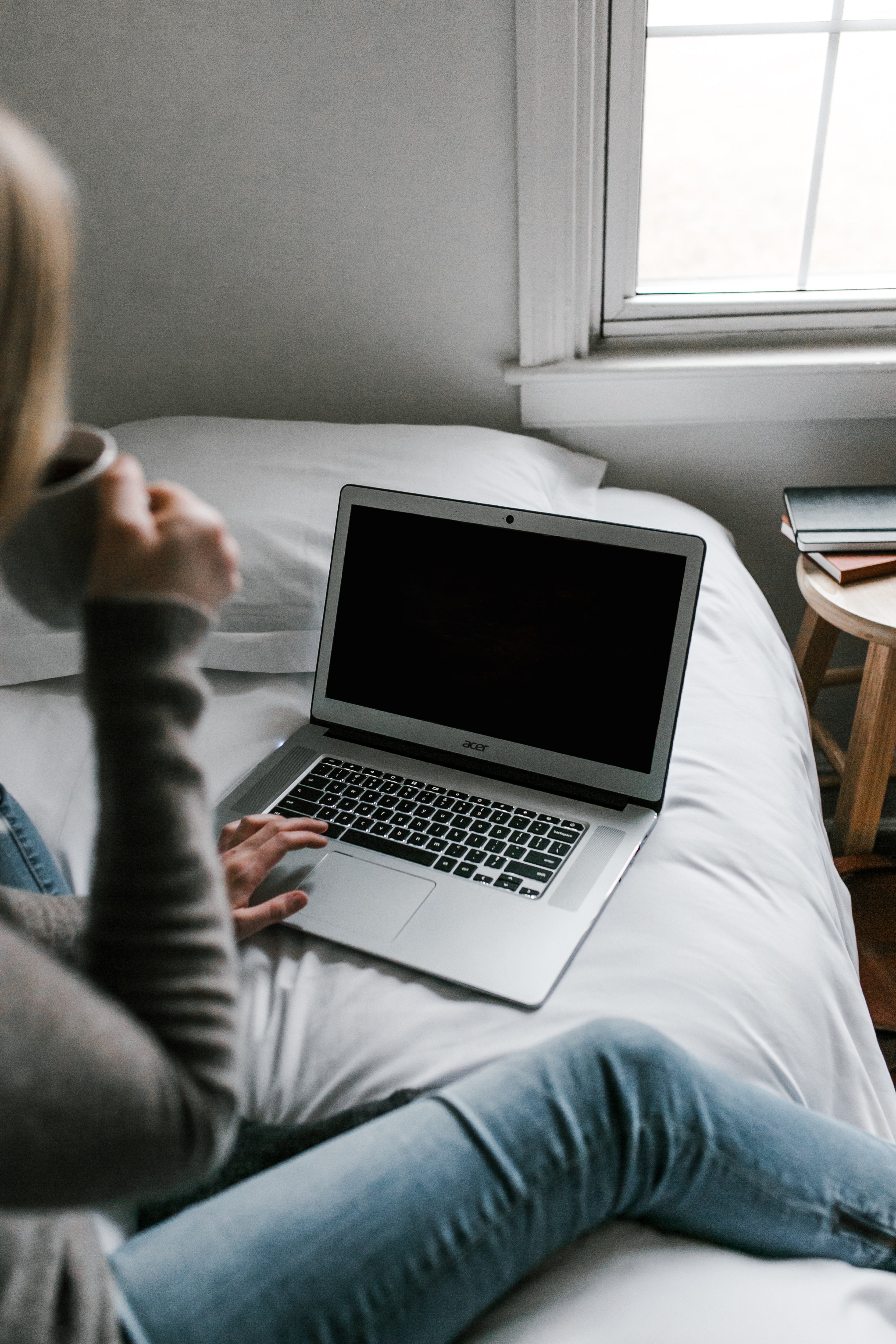 This might sound a little nerdy, but the NICAR conference really got me hyped about coding and data journalism. One of the most interesting things to me was learning about AI and machine learning. I might not be that skilled yet, but the journalists at NICAR made me believe that one day I could be working on really cool machine learning projects. Until then, I'm excited to look into some of the other resources they provided, like investigate.ai.

I also attended a demo for a data visualization tool called Flourish. From creating gifs of data to making a map using data points, Flourish had a lot of tools to make a data journalism story understandable for readers. Plus, it looked really user-friendly. It's definitely something I'm going to be playing around with in the future.

Lastly, I loved the data for radio journalists panel. As someone who's really interested in podcasting, I loved learning about creative ways to use audio to tell a data journalism story. One of the panelists inspired me because she barely became a journalist herself, and her radio piece was amazing! It makes me believe that I can make pieces like her someday.

While the 2021 NICAR conference was entirely virtual, it still made for an exciting experience where, for the first time, I was surrounded by journalists just as interested in data and coding as I am. I learned from experts in the field about topics such as planning for the census 2020 data, holding police accountable through data, visualizing data and how to stop designing inaccessible data visualizations.

The conference brought a ton of resources with it. All the sessions were recorded so I got to go back and listen in on interesting conversations I missed, including “Learning to code: What's holding you back?” with data journalists from The Los Angeles Times. The #NICAR21 Slack channel brought upon networking opportunities and a plethora of job postings. On the website, there are hands-on video tutorials that will be available for the next year for us to learn helpful, relevant tools like Python, R, SQL and spreadsheets to guide our reporting.

Despite the conference ending, the immense amount of resources will doubtlessly keep me busy for the next year. NICAR ‘21 allowed me to dip my toes into important topics and questions that I hadn’t considered before. How can I begin working towards making my data visualizations more accessible, and not only that but my development work as a whole? What annotations can I add to my data visuals to help the reader understand the numbers? As I design data visualizations moving forward, I’ve learned how it is my role to ensure that my work clarifies data, doesn’t leave room for anyone to jump to conclusions and is accessible to anyone.

I’m extremely appreciative of what I was able to learn from the live conference but also that the lessons and opportunities don't end with it. I had a great first experience with NICAR, and I hope to come again!

The holding police accountable panel on Thursday provided tons of useful information. Since I worked as the crime reporter for The Daily Texan and still am interested in the police beat, I found many of their tips incredibly helpful. Most notably, I learned of several different sources for potential stories, such as requesting hiring and training records and dispatch data. Also, I learned journalists can get an alternative media death certificate if requested.

I also attended a very engaging networking session. We got assigned to break-out rooms of three or four and got to chat with journalists with varying degrees of experience around the world. I met college students like myself, professors and working journalists at newsrooms, such as Bloomberg.

But my favorite part of the NICAR conference came amidst the Canvas chaos of March 3. I thought I would be unable to attend the pet Zoom social, but then Canvas crashed. Consequently, I had about 15 minutes to introduce my kitten, Sarangyi, to a hundred journalists and show off her amazing fetch skills. Sarangyi is such a star.

Attending the NICAR 2021 conference will likely be one of the most life-changing events in my college career. I took Professor McDonald's Reporting with Data class last fall initially terrified of numbers and math, only to realize my passion for data journalism. This spring, I decided to continue to learn more by taking Professor McDonald's Intro to Coding for Journalists class, which is where I heard of the NICAR conference. Last week, I learned about how data plays a role in diversity and inclusion work as well as how to tell data-driven stories about police, immigration and communities of color. I think the most valuable takeaway for me is that I now follow all of the journalists I heard from on social media and can continue to learn from them and see the work they do even after the conference.

One of the biggest things I learned was how to use data to uplift marginalized communities’ issues and voices in and out of the newsroom. For example, within the newsroom, data analytics skills are incredibly helpful to dissect demographic data. Likewise, data can be used in coverage to amplify marginalized community voices. However, it’s no secret that data inequities exist even within institutional data, so another fascinating session I attended taught the audience how to properly interrogate data sources and how to create your own database if the data doesn’t exist or is not accurate.

This was my first year attending NICAR. Every journalist I spoke to that attended previous conferences really hyped it up, justifiably. Because of COVID, the conference was held virtually, and to me, that was the most convenient aspect about it. I had several asynchronous obligations and even picked up an aggressive bacterial infection, so having the sessions recorded for later viewing allowed me to watch them whenever I had the time.

The most interesting session to me was CBS Chicago’s panel on investigating wrongful police raids. While the footage shown was quite graphic, it really spoke to the importance of holding police accountable and how prudent it is to persist in obtaining justified information when it is denied. When the reporters requested information, the police ended up opening the case back up to avoid handing over documents and footage of their suspicious actions. The reporters even went so far as to publish stories about their refusal to complete their requests to pressure the agency, which is something I learned in class recently. It was cool to see that used in a huge example like that.

Other than that, I was fascinated by all of the different facets that data journalism falls into and the talent that can be found within. Innovation and science is a huge passion of mine, and being able to learn about all the different ways technology can be used for journalism made me incredibly hopeful for choosing a career in the future. I’ll be spending the next year building up on my technical journalism skills, so I’m already looking forward to the next conference.

NICAR 2021 exposed me to data-driven journalism and allowed me to expand my technical skill set. I was especially fascinated by the panels that explored the impacts of the pandemic on different industries and institutions, such as the panel on "How the pandemic is impacting higher education." I also appreciated the convenience of the virtual hands-on labs, as they allowed me to take a deep dive into familiar languages, such as Python and R, from a new perspective in my own time.

I am walking away from this conference with the confidence to start small in investigating topics that intrigue me. NICAR provides foundational skills to be a thorough reporter that brings new information to light. I learned top data sources to have tabs on for immigration documents and how crowdsourcing and diligence can be used to hold authorities accountable. Journalists shared tips on integrating data like you would any source. I have sought to be mindful in my reporting during the pandemic and learned from The Dart Center that journalists should not only have plans for their story but a mental health and emotional processing plan. “Stories are going to interact with identity, who you are and your experiences,” Newman said during the conference. I am thankful that I had the opportunity to attend NICAR this year.

UT Media Innovation
innovationUT
That’s all for the capstone class, folks 👋🏻 Congrats to all our students for accomplishing so much this semester 🥳
3 months 1 week ago

UT Media Innovation
innovationUT
KUT TikTok experimented with different types of TikTok’s to get news out to younger audiences. Check out some of th… https://t.co/1sIA4zUM1f
3 months 1 week ago

UT Media Innovation
innovationUT
May the fourth be with you. It’s #final demo day part 2! Let’s see what our TikTok groups accomplished this semester.
3 months 1 week ago

Combining data and journalism at NICAR